A TALE OF ROCK & WATER 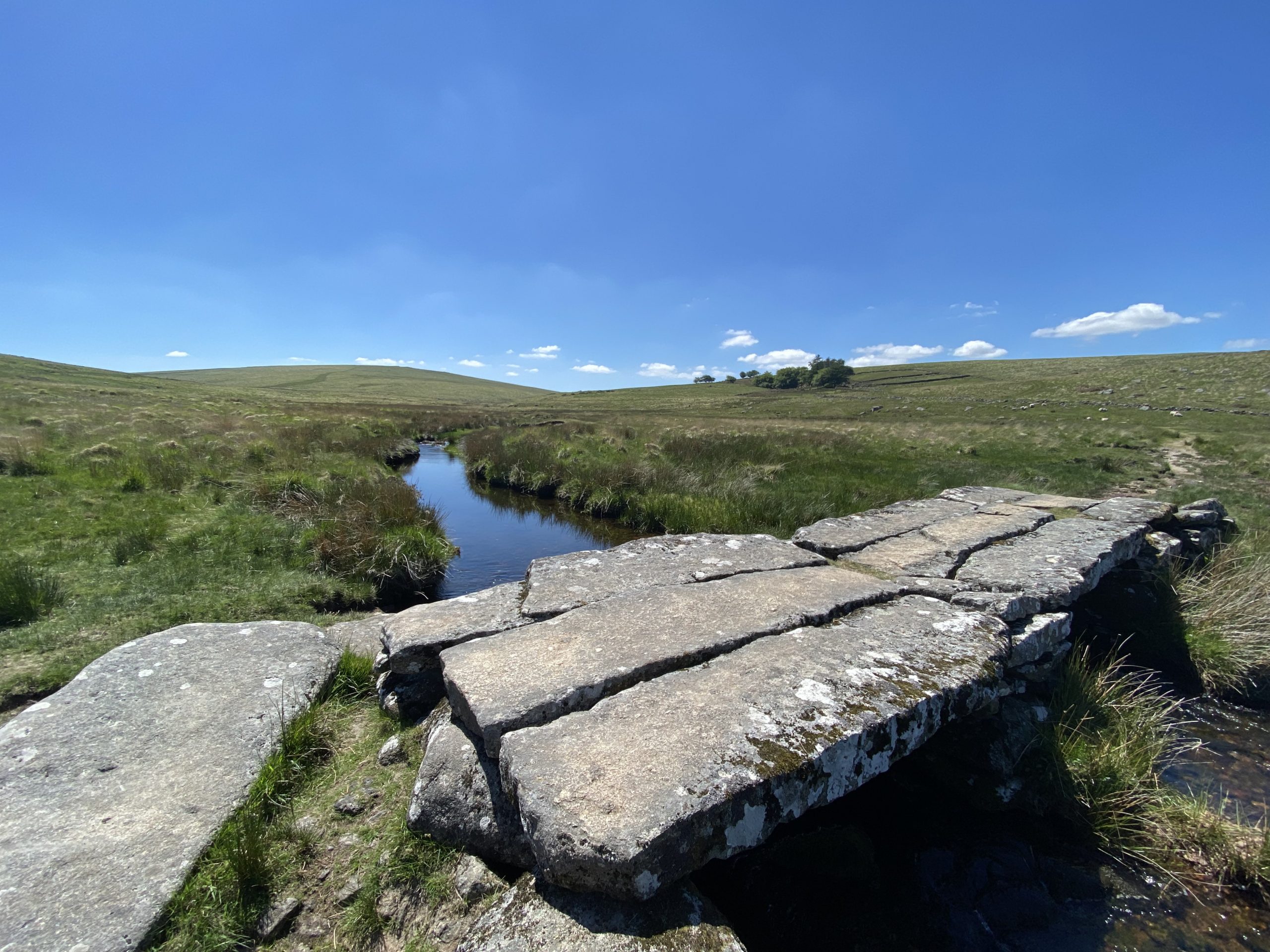 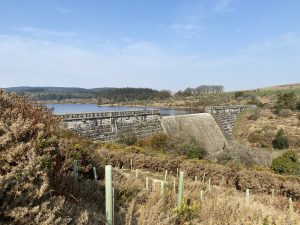 Like most of Devon’s rivers, the Teign is born among the bogs and mires of Dartmoor. At 520M above sea level not far from Cranmere pool, various seeps and trickles organise themselves with the help of gravity to form the beginnings of what will become one of Devon’s prettiest rivers. Up on the Northern plateau of the moor, the average annual rainfall is 2200mm (about 88 inches) creating saturated, acidic soil that slowly releases and feeds the rivers from this hydrological hub, the Teign scribes a rough ’s’ shape as it flows some 61 (30 miles as the crow flies) miles to its estuary at Teignmouth.
At its beginning, the river is not one but two. The Teign starts as two separate headwater streams. The North Teign rises at Teign head and the shorter South Teign which starts to form some semblance of a trickle not far from Grey Wethers. These two rivers eventually flow and meet at a confluence by Leigh bridge, just outside of Chagford, although the South Teign is stalled on its journey by the dam at Fernworthy, built in 1942 it now forms the 76-acre Fernworthy reservoir.
A little of the Devons ancient history can be read by tracing the direction of its flow. Like its cousin the Dart in the South the Teign starts its life in a roughly east-west direction which reflects the general flow of water as the shallow sea that covers the area some 145-66 Million years ago in the Cretaceous receded to the East. Shortly after this, (in geological time) upheavals of the earth's surface tilted the landmass in a southerly direction, and many of the river drainages of the moor reflect this with a southerly change in direction. This tilting also explains why the highest parts of Dartmoor are in the North West.
The Teign flows over some interesting and complex geology, that gives it much of its character, both natural and manmade. Starting on the granite massif of Dartmoor itself it cascades rapidly off the moor, through the distinctive boulders of granite country, before flattening out into a valley system around Chagford. Here it forms a flood plain of sorts in a wide basin into which the river has deposited eroded silts and sands, the Teign seems to have matured, to have calmed down from the lively energetic cascade of a spate river to the more demure maturity of a lowland river - it appears to have reached its valley forming stage. Not so. 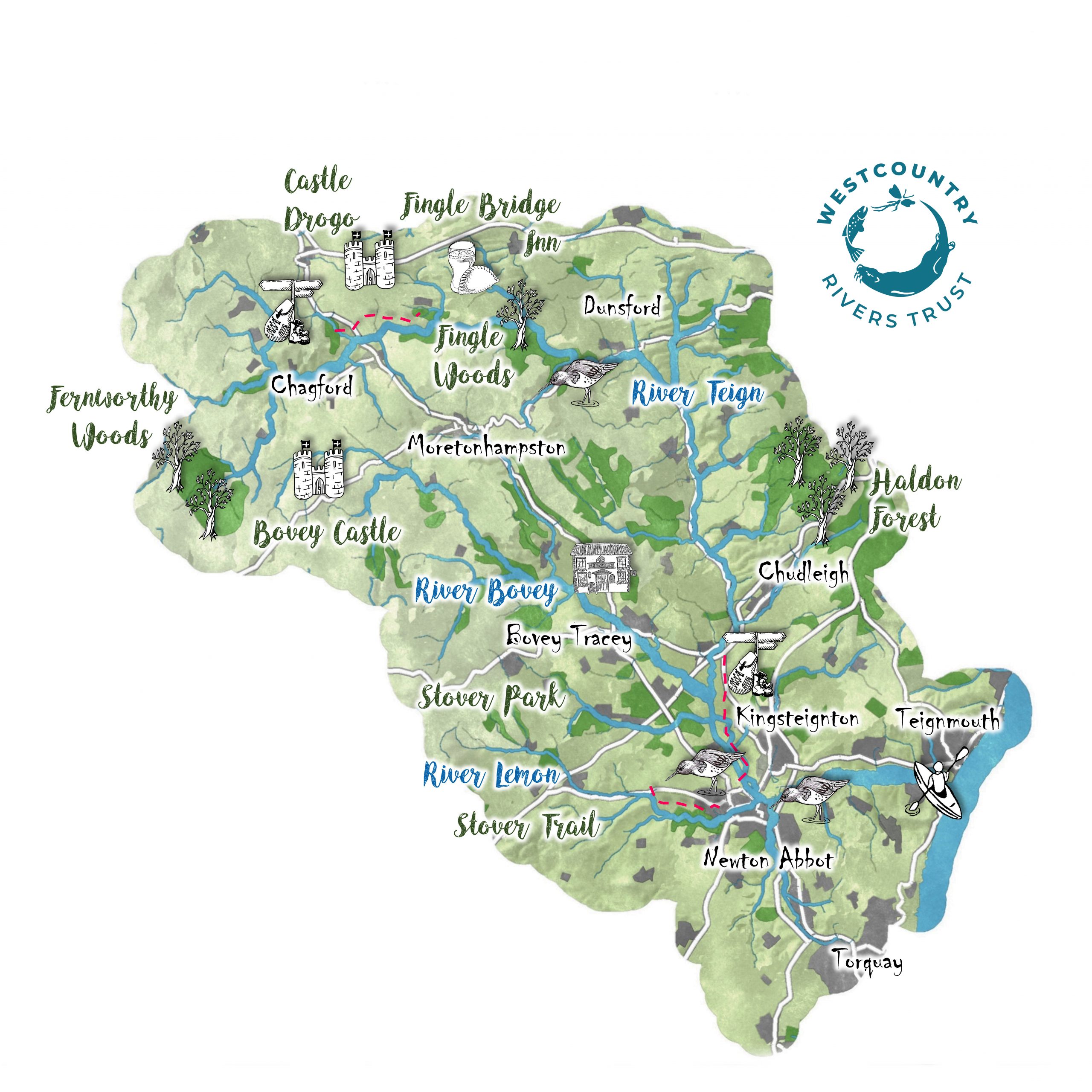 The Teign is not quite ready to settle down. Two miles downstream from Chagford it picks up pace again on leaving Granite country and enters the spectacular Teign gorge. Here the Teign changes character and becomes tempestuous again - confined to a narrow gorge. It is no coincidence that at this point in its journey to the sea the river crosses a striking geological boundary.

The soft culm deposits and other rocks which were altered by exposure to the molten granite extrusions through the earth have created rocks of a very different quality, texture and structure. Here the Teign played differently with the bedrock and the story of how it interacted with the rocks created a very different scene. The rocks of the current Teign gorge were below a crust of historic granite but here on the edge of the granite intrusion, it wasn’t as hard or as pure as at the moors centre. Here on what is known as the metamorphic aureole the county rock and the intruded rocks mixed and interacted. As the river passed through it it quickly cut its way through the softer rock like a knife through butter. A process which explains the steep sided, narrow valley, at the head of which stands Castle Drogo.

For around six miles is passes along this valley, which is clothed in forest for much of it’s length, this is arguably one of the most picturesque parts of the river and much of the woodland here is owned and managed by our project Partners the National Trust and the Woodland trust and the Devon Wildlife Trust.
The river emerges from the gorge at one of the main crossing points along the valley at Step bridge here is changes direction and heads in a roughly southern trajectory along what is referred to as ‘the Teign Valley’ to Chudleigh. This valley is much wider and the rich alluvial deposits make it softer and more productive landscape, forming a typical lowland river scene - here we find much pasture and farming and the small villages of Dunsford, Christow and Trusham.
When the river meet Chudleigh Knighton the valley widens still further and is joined by one of its larger tributaries the Bovey, this flat area is known as the Bovey basin and is significant ion that it is here that the valuable deposits of china or ball clay are extracted. 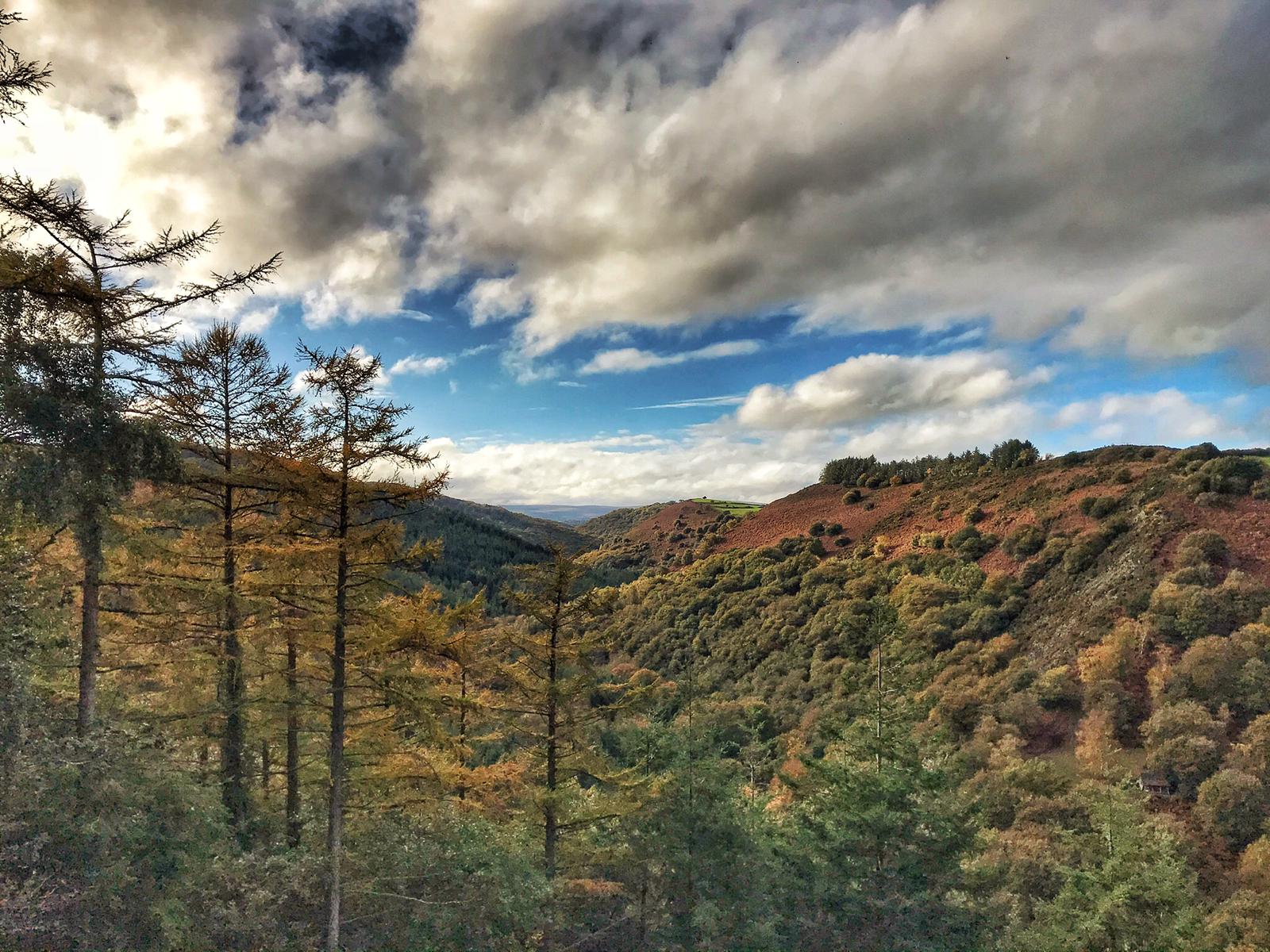 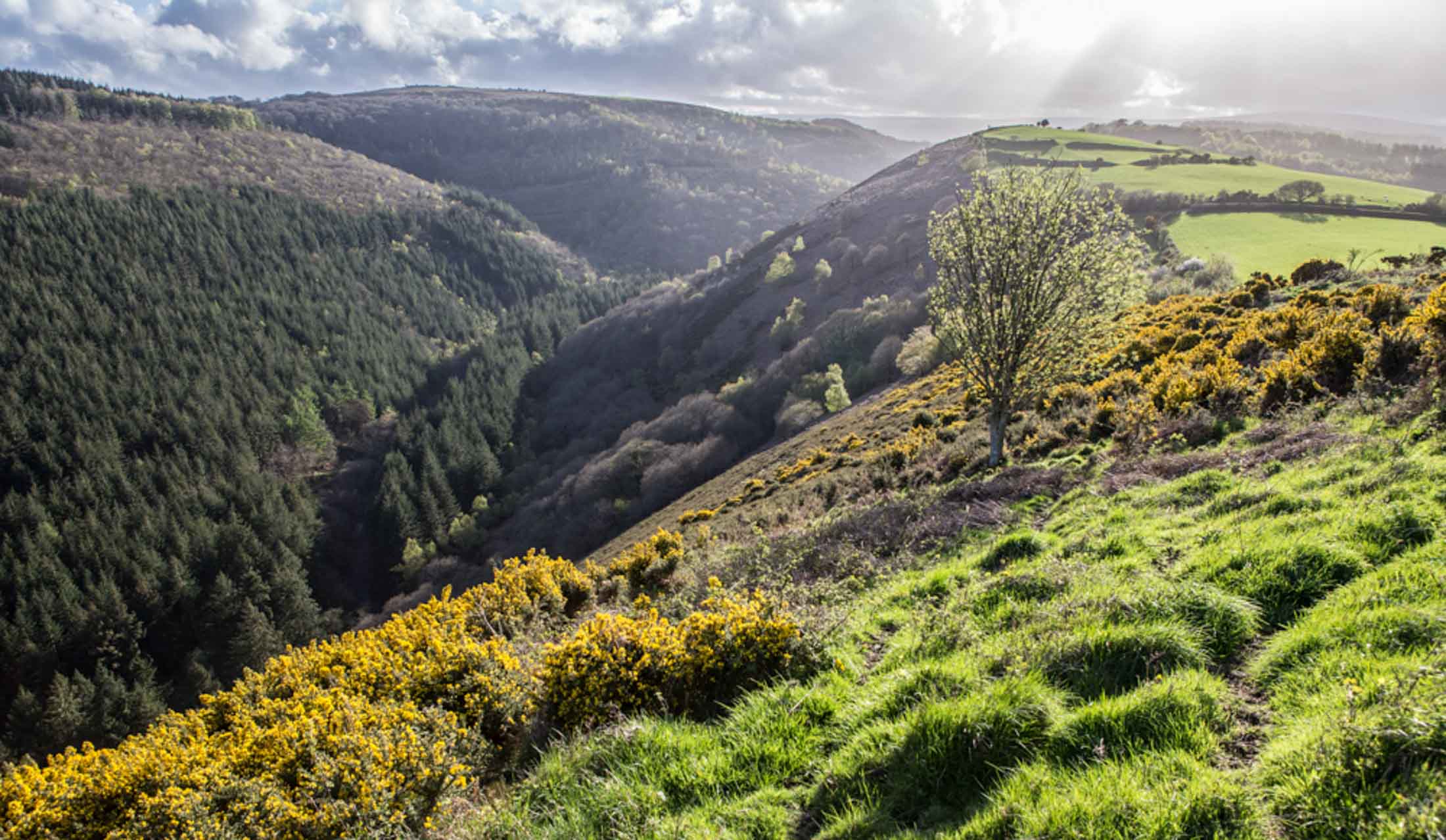 The Teign now passes through the urban sprawl of Newton abbot and separates the rabidly expanding towns of Newton Abbot from Kingsteignton. It is heading back in an Easterly direction now as it becomes tidal beyond newton abbot and the last 9 km stretch is estuary. It seems disproportionately large for such a sized river as the Teign but it this way as it is actually a formation known as a ria which is a drowned valley, flooded by the rising of the sea level after the last ice age, some 10,000 or so years ago.
The main channel of the river Teign is only a part of the story, it is joined and fed by numerous tributaries along its length, some are small, barely streams whose names are missing from the ordinance survey and known only to those who live close by them. Then there are others, that are proper rivers in their own right, the pretty cascading Bovey for example and the much altered River Lemon, being just a few. Each lends its own qualities some good and some bad to the main flow.
The area of Devon drained by these rivers, streams, brooks and leats is significant. The catchment covers some 550 square Kilometres that’s 8% of Devons surface area. From the A30 in the North to Torquay in the South, Hangingstone Hill on Dartmoor in the West and Teignmouth in the East. Around 60% of this catchment is agricultural in some form or another with Beef and Lamb production being the main types of farming. 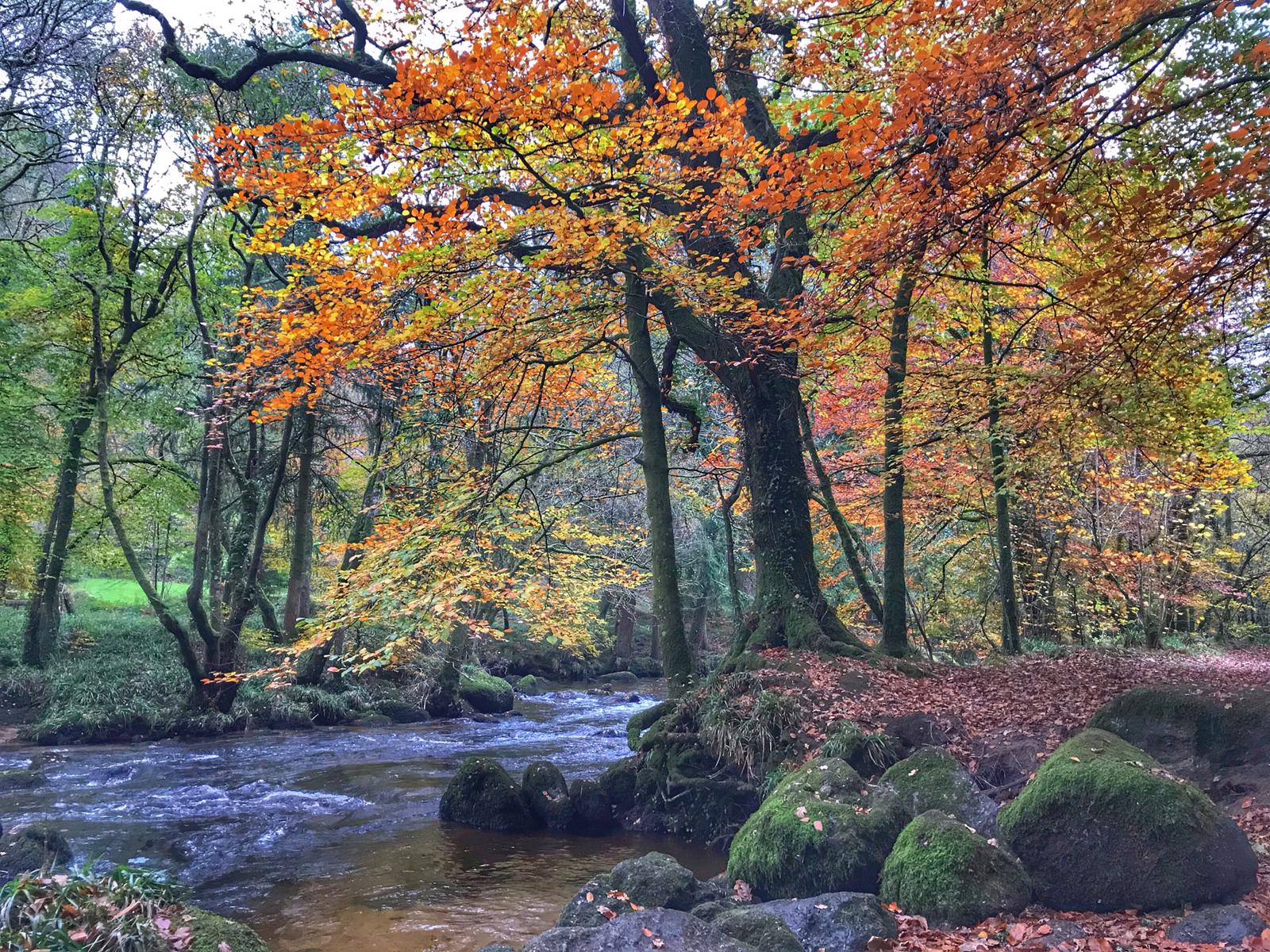 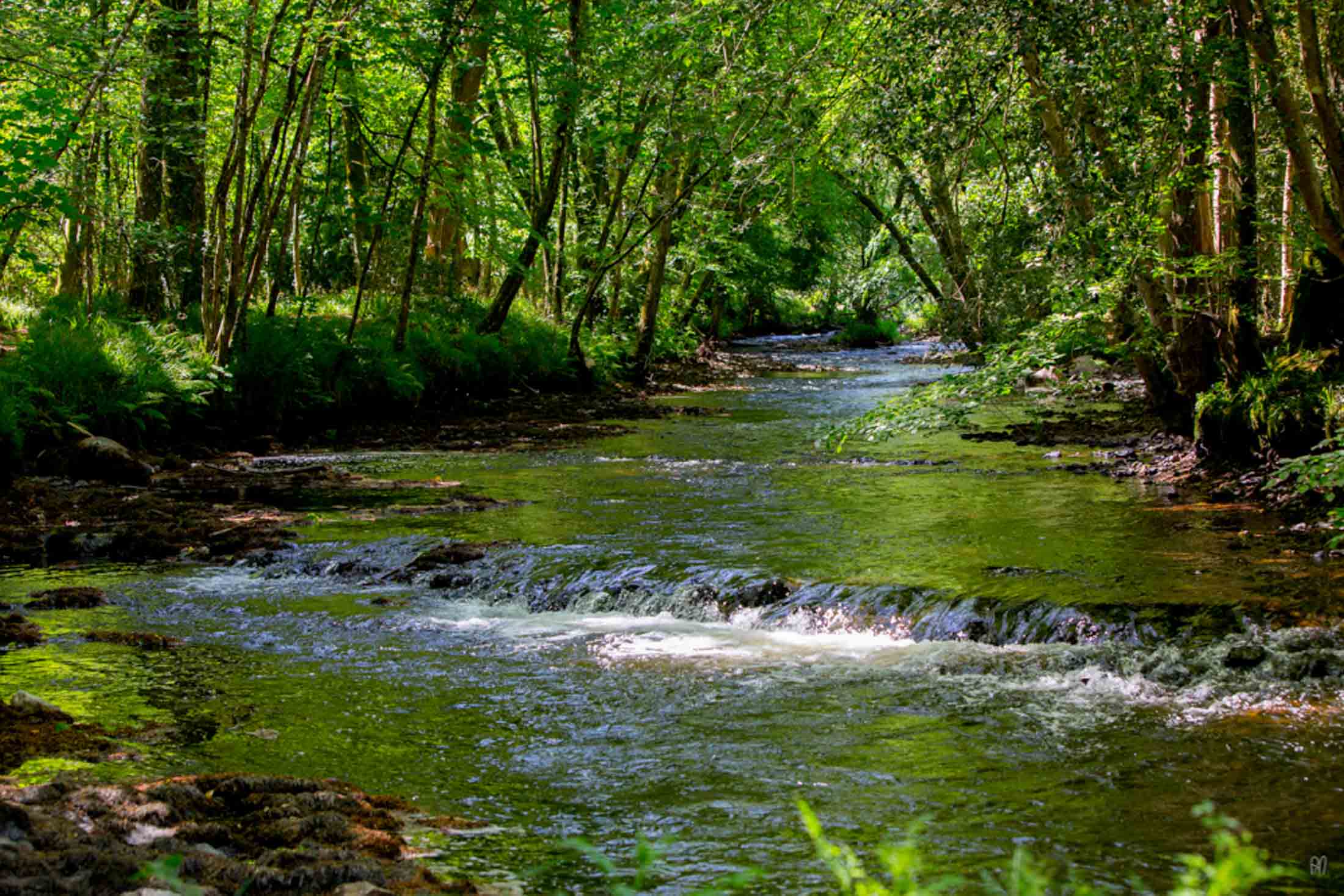 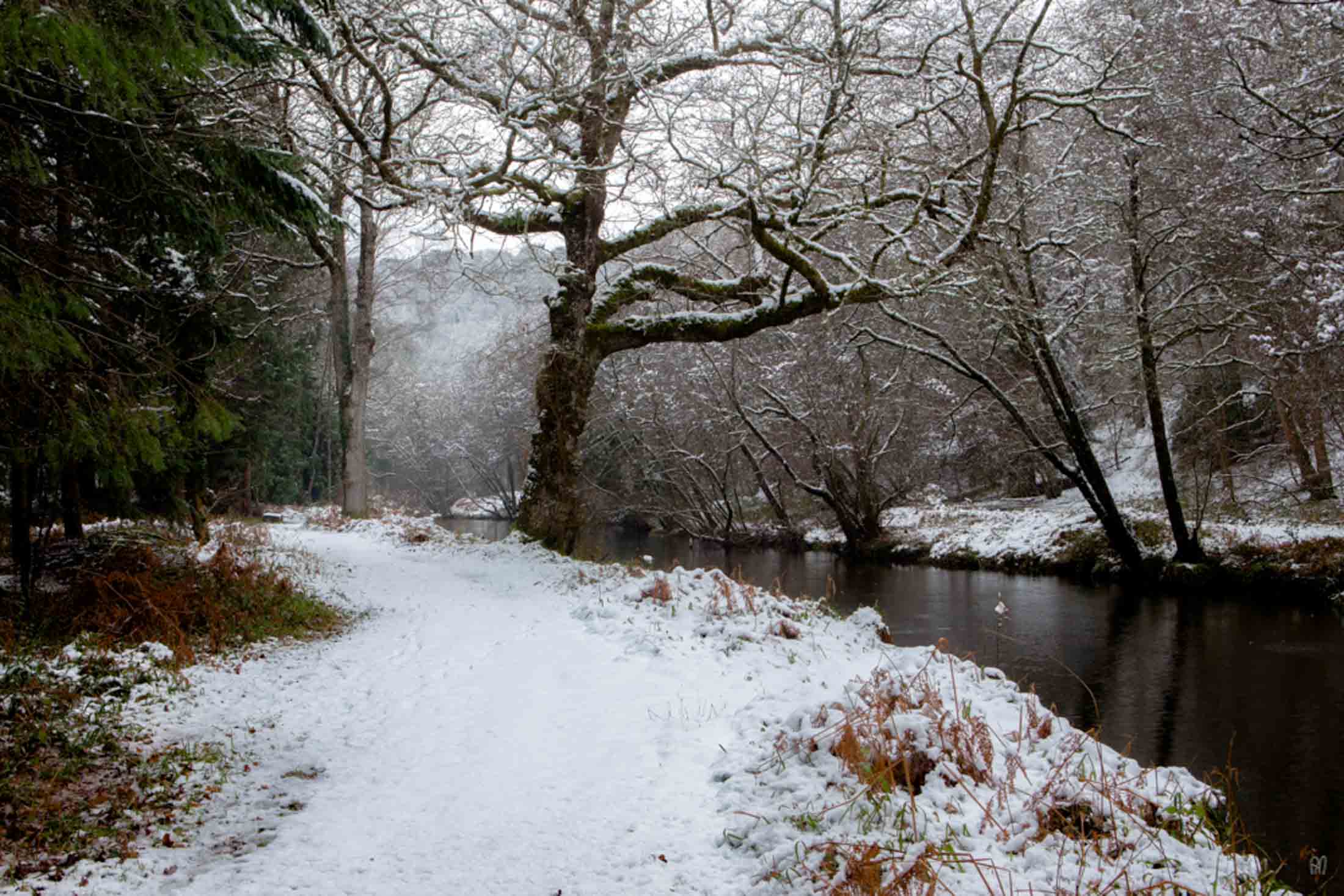 As a river that passes through some interesting and complex geology and topography and areas of land and habitat so unique in the cotext of country that it was worthy of inclusion in the Dartmoor National Park, it is no surprise to find it supporting a diverse array of life. Here are a few key species that occur within the catchment and that in some way tell the story of the river.
Since this project focuses on fish, two species in particular it makes sense to start with them.